Spent my first half day on shore in Cascais in depressurization and sleeping. Reboot is at the dock at Marina de Cascais.  Winds are still strong - hitting the high 20's in the marina.

The marina is beautiful but also one of the most expensive in Portugal. It turns out that this is where the America's Cup race was held last year and the marina is truly "world class." The breakwall must be 15 feet high.  There is a large central "technical area" and next to it a block of marina based industries (you know, bars,) OK, chandleries, sail makers, various mechanical technicians, etc.

I spent most of the day walking around Cascais. This is a beautiful resort town. There are three beaches within walking distance of the marina. The actual downtown area is full of shops and restaurants almost all of which have outdoor dining. I have been adopted by the staff of SkippeR - a restaurant in the marina complex.

I spent most of the evening drinking a half bottle of wine, enjoying a leisurely dinner, and people watching. The family next to me was from the Netherlands and we struck up a conversation. Returning to the marina I heard the sounds of a live band and singing so I went up to the first floor to find a group of IT designers from Outsystems finishing up a corporate event. I was reminded of Neil Stephenson's comment in Snow Crash that Americans do four things better than anyone else in the world:

Listening to them try to play heavy metal music and sing to it was painful. At least they didn't try to cover Door into Heaven. They were, however, a fun group. They had come from Lisbon by sailboat and although most were taking a bus back one intrepid group was sailing back to Lisbon (about 10 NM.) It turned out that they were docked in the next pontoon over from Reboot so I walked back with them and we talked about IDE's (Integrated Development Environments, their product) and sailing. A fun way to end the evening.

A couple of photos: 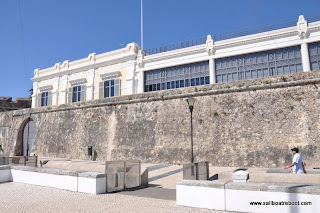 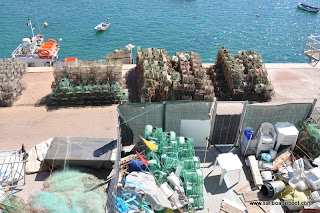 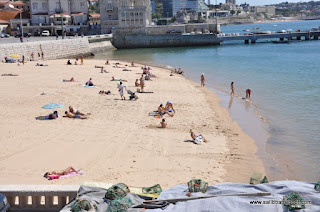 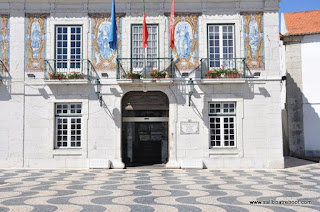 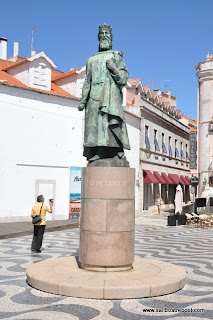 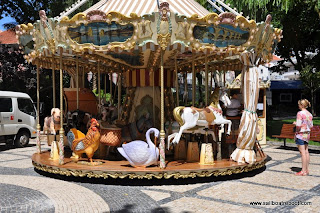 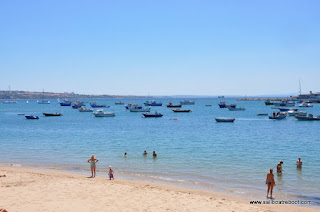